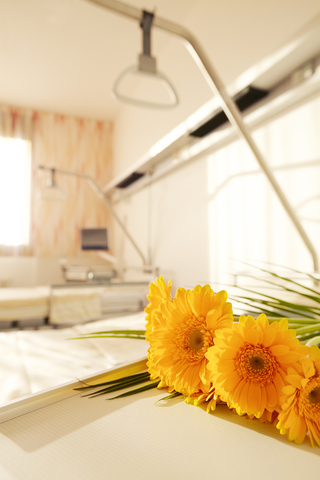 During labor it was clear to us that the baby may not live. We could tell the NICU team member was trying to feel us out to see where we stood on intervention. It was January of 1989. We told them to do what they could. I wish we would have been told more about what would happen to Niki if they decided to be heroic. We were so naïve. We had no idea the very horrible things they were going to have to do to this tiny 1 lb. 4 oz. body. We did not know the long term effects of being on a ventilator – we didn’t know about blindness, BPD, brain bleeds or NEC. We didn’t know it would still be months before we knew if she would live or die. May be we would have said something different to the NICU team when questioned. Maybe I would have left this tiny body die in my arms because it was born too soon and needed to. We had no idea what we were in for.

After delivery it was thought that I had a pulmonary embolism so I was rushed to CCU and given medicine to thin my blood. It had been a few days since I had eaten and I’ll never forget the dear nurse who came on at midnight. After discovering we were still up she told us someone was making a Dairy Queen run and did we want sundaes. A while later she sat with us in the middle of the night eating sundaes-when I finally broke down crying hysterically. I realized several hours had passed and I had not even seen my baby. She painstakingly arranged for me to be taken down-with all the wires and monitors I was connected to – to see Niki. I am grateful to this nurse for her intuition, compassion and caring.

Once I was discharged, I remember calling the hospital that night and getting a nurse named Diana. She was very honest and informative. She asked me if I was pumping my milk. I said no that they had given me something to dry up my milk and she seemed disappointed. She told me it wasn’t too late if I wanted to. Why hadn’t I been given a choice? Why wasn’t I told that my milk would be so much easier for Niki to digest if we got to that point? Why wasn’t I told that it MAY help me to feel that “I”, her mommy, was at least doing SOMETHING. I am very grateful for Diana even though I buried Niki while trying to get my milk to dry up, she did get some of it. She DID get a part of me.

Diana was a Godsend. She decorated little pillowcases with brightly colored markers to put on top of her isolette to protect her from the bright lights and glare. We arrived one day to find she had tied a piece of pink silk ribbon around her head with a bow. She made signs that said things like “Good morning mommy and daddy – I weigh 2lbs. Today!” She cared. She treated Niki like a person.

The doctors were around, they were busy and they met with us very infrequently. We were not told often of their decisions. The nurses and the respiratory therapist were the greatest. We were not prepared for her to die at any time. Although I do remember asking if her body could die if it needed to and never really getting an answer. There were no counselors around the hospital, although we had a private counselor that I had used in the past. We always had the impression that they felt she was a miracle baby. There was no surfactant for the lungs back then and so it was amazing the day she went off the ventilator and went to CPAP. I finally, 2 months after birth, got to cradle her in my arms. The tiny 2lb. body felt so fragile and yet so wonderful in my arms. Someone took a picture of me and the nurse that delivered her. I shopped for baby furniture later that day with a friend. They really felt she was going to go home. Scott held her the next day. He was so happy and looked so relieved. Later that night the phone rang saying to come quick. We hung up and called back- partly not sure what had happened or if they had really called. “Just come” they said. We arrived to be shuffled into the parents room. They told us she was dying and they were trying to keep her alive until we arrived. We had NO discussions with anyone about this possibility and were not prepared. I became out of control hysterical – so Niki died on that table surrounded by the hospital staff that had tried so hard – but without her mom and dad. They brought her to me after she died and I couldn’t even control myself then. I have many regrets now that she died without me. That all I could do was hug that small lifeless body for a short time. I was too shocked and overwhelmed. I wish someone would have told me how much I would regret that. I wish I had some counseling about death prior to her dying.

All the nurses and most of the doctors came to the funeral. I know they were hurting – I could see it in their eyes and tears. That same special nurse, Diana, and I had become friends. She was there for Scott and I after Niki died any time we needed her. We spent a lot of time together just talking about Niki and our experience. She is an amazing, loving person. We moved away, but we still maintained contact and she cheered us on through our next pregnancy.

Now 7 years later I still think of Niki and her short life. We know she would have been blind and probably had at least mild CP. I can only hope that something happened along the way that taught those doctors and nurses something about medical technology or about humanity that has helped another little baby live – that her life was not in vain. She would be in 1st grade – would we have been able to correct her eyesight? I do not think my heart will ever feel content and peaceful – it aches for her still.

© 2022 handonline.org - Helping After Neonatal Death (HAND) is a 501(c)(3) organization. HAND of Santa Clara is a chapter of HAND of the Bay Area